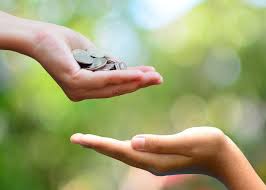 Islam is the religion of love and peace. It directs the Muslims to constitute a caring community, creating harmony, brotherhood and respect for one another. Zakat is one of the five Fundamental Pillars of Islam. Zakat is a religious obligation and a mode of worship for the wealthy Muslims. It is emphasized time and again in the Holy Qur’an to pay Zakat to the needy people.

In addition to an obligatory charity, Zakat is a mode of worship. The only objective of a Muslim for paying Zakat is to please his Lord Allah, the Exalted. He intends no worldly benefits in exchange of this good deed, because actions go by intentions.

Importance of Zakat in Qur’an

The word Zakat appears in the Holy Qur’an 32 times as a nominative case. Here is an instance:

“And establish prayer and give Zakat, and whatever good you put forward for yourselves - you will find it with Allah. Indeed, Allah of what you do, is Seeing.”[1]

The wealthy people who deposit wealth and do not pay Zakat, are condemned by Allah Almighty:

“And those who hoard gold and silver and spend it not in the way of Allah - give them tidings of a painful punishment. The Day when it will be heated in the fire of Hell and seared therewith will be their foreheads, their flanks, and their backs, [it will be said], "This is what you hoarded for yourselves, so taste what you used to hoard.”[2]

Importance of Zakat in Sunnah

Abu Hurairah (May Allah be pleased with him) reported that a bedouin came to the Prophet (ﷺ) and said, "Tell me of such a deed as will make me enter Paradise, if I do it." The Prophet (p.b.u.h) said, "Worship Allah, and worship none along with Him, offer the (five) prescribed compulsory prayers perfectly, pay the compulsory Zakat, and fast the month of Ramadan." The Bedouin said, "By Him, in Whose Hands my life is, I will not do more than this." When he (the Bedouin) left, the Prophet (ﷺ) said, "Whoever likes to see a man of Paradise, then he may look at this man."[4]

Abu Hurairah (May Allah be pleased with him) reported that  Allah's Messenger (ﷺ) said, "Whoever is made wealthy by Allah and does not pay the Zakat of his wealth, then on the Day of Resurrection his wealth will be made like a baldheaded poisonous male snake with two black spots over the eyes. The snake will encircle his neck and bite his cheeks and say, 'I am your wealth, I am your treasure.' " Then the Prophet (ﷺ) recited the holy verses:-- 'Let not those who withhold . . .' (to the end of the verse). (3.180).[5]

Threshold Value or Nisab for Zakat

Zakat is paid on hard cash, silver, gold, merchandise, livestock, land production and landed property purchased for trade etcetera at a proposed rate for each item. There is appointed a threshold value for each item to oblige Zakat. The threshold value of gold, silver, merchandise and hard cash (currency notes) is originally 20 Dinar (20 Arabic gold coins) that roughly weighs 92 grams of gold. Islamic Shariah considers a person wealthy who owns at least five camels or thirty cows or forty sheep or goats or twenty Dinar (gold coins). In the days of Prophet Muhammadﷺ the market value of 200 silver coins was equal to twenty gold coins. So the threshold value for silver, gold and hard cash is 200 silver coins that roughly equals to 644 grams of silver.

For obliging Zakat in livestock, a man should own at least five camels or thirty cows or forty goats or sheep.

The rate of Zakat for gold, silver, merchandise and hard cash is a fixed rate of 1/40 or 2.5% of total value, without subtracting the threshold value. It should be noted that Zakat is not a progressive tax, but an obligatory charity with a fixed rate.

Umar bin Khattab (May Allah be pleased with him) reported that  the Prophet (ﷺ) said, "On a land irrigated by rain water or by natural water channels or if the land is wet due to a near by water channel Ushr (i.e. one-tenth) is compulsory (as Zakat); and on the land irrigated by the well, half of an Ushr (i.e. one-twentieth) is compulsory (as Zakat on the yield of the land).”[7]

Zakat is an effective source of livelihood for the poor, non-wealthy and handicap members of the Muslim community. This obligatory charity causes the circulation of wealth in the society and prevents the concentration of wealth in the hands of the wealthy people. It also brings the wealthy and the poor close together and consequently increases love for one another. It enables the disable persons to walk through society with self-respect and lessen their pains.

“The alms are only for the Fuqara (the poor), and Al-Masakin (the needy) and those employed to collect (the funds); and to attract the hearts of those who have been inclined (towards Islam); and to free captives; and for those in debt; and for Allah’s cause, and for the wayfarer (a traveler who is cut off from everything); a duty imposed by Allah. And Allah is All-Knower, All-Wise.”[8]

When you intend to pay Zakat, your first priority should be your dependents and relatives, provided that they deserve it.

Abu Hurairah (May Allah be pleased with him) reported that  the Prophet (p.b.u.h) said, "The best charity is that which is practiced by a wealthy person. And start giving first to your dependents.”[9]

When to Pay Zakat?

When a person reaches Nisab (threshold value) and that property remains in his/her possession in coming lunar year. He/she is obliged to pay Zakat immediately after passing a full lunar year, commencing from the date when he/she reached Nisab. However, once you paid Zakat, now you are obliged to pay after passing a next full lunar year, provided that he/she possesses the property throughout the year. If he/she loses this possession at any point of the year, his/her obligation is annulled.

By Sajid Mahmood Ansari - January 03, 2021
Email ThisBlogThis!Share to TwitterShare to FacebookShare to Pinterest