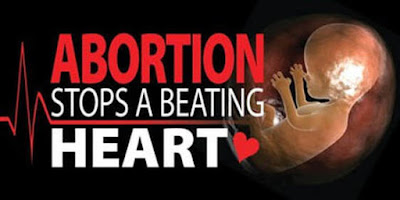 The deliberate termination of a human pregnancy, most often performed during the first 28 weeks of pregnancy, is generally called abortion. Biologically speaking, the expulsion of a fetus from the uterus by natural causes before it is able to survive independently is also termed as abortion.[1]

This paper confines to elaborating the legal position of induced abortion, in Islam. Islam, as a principle, protects life of the innocent people and prohibits any assault against the living creatures, particularly, human beings. The human life begins right from the formation of zygote in a female’s uterus. Islam not only protects life of a viable fetus but undifferentiated embryo as well. The Muslim scholarship agreed that killing a viable fetus is a deliberate murder, if it survives for a while after termination of pregnancy. In this case, the person, who deliberately caused abortion, is liable to pay blood money (Diyah) equal to the blood money paid in case of a murder of a full flagged human being.[2]The Muslim Scholarship derived this ruling from the Qur’an and Sunnah.

Say, "Come, I will recite what your Lord has prohibited to you. [He commands] that you not associate anything with Him, and to parents, good treatment, and do not kill your children out of poverty; We provide sustenance for you and them. And do not approach immoralities - what is apparent of them and what is concealed. And do not kill the soul which Allah has forbidden [to be killed] except by [legal] right. This has He instructed you that you may use reason."[3]

And do not kill your children for fear of poverty. We provide sustenance for them and for you. Indeed, their killing is ever a great sin.[4]

Never should a believer kill a believer; but (If it so happens) by mistake, (Compensation is due): If one (so) kills a believer, it is ordained that he should free a believing slave, and pay compensation (Diyah) to the deceased's family, unless they remit it freely. [5]

The Messenger of Allah (May Allah shower His blessings and peace upon him) set the Blood Money equal to 100 she-camels or their price in hard cash. [6]

from his father, from his grandfather (Abdullah bin Amr bn Al-Aas R.A)  that the Prophet (ﷺ) said: "Whoever kills [a believer] deliberately, he is handed over to the guardians of the one killed. If they wish to, they have him killed, and if they wish to, they take the blood-money. That is thirty Hiqqah (a type of camels), thirty Jadha'ahs (a type of camels) and forty pregnant camels. Whatever (amount more) they require from him, than that is for them (if they choose)."[7]

Though an embryo resides in the mother’s uterus as her body part; still it has an independent life, it is considered a separate human being biologically. Though, it is a matter of fact that an unviable embryo independently, is not a perfect human being, as compared to a born baby alive. Still, killing an unviable embryo is a ridiculous crime, which should be banned and administrated properly. That is why in Islamic Law, a lesser blood money is due on a person who causes abortion of an unviable embryo.

he heard Tawus narrate from Abdullah Ibn Abbas (May Allah be pleased with them), from Umar (may Allah be pleased with him) that he asked about the ruling of the Messenger of Allah concerning that. Hamal bin Malik stood up and said: "I was married to two women, and one of them struck the other with a tent pole and killed her and her fetus. The Prophet ruled that a slave be given (as Diyah) for her fetus and that she be killed (for killing the other woman)." [8]

Narrated Abu Hurairah (May Allah be pleased with him):

Two women from the tribe of Hudhail (fought with each other) and one of them threw (a stone at) the other, causing her to have a miscarriage and Allah's Messenger (ﷺ) gave his verdict that the killer (of the fetus) should give a male or female slave (as a Diya). [9]

It was narrated that Abu Hurairah said:

“The Messenger of Allah (ﷺ) ruled concerning a fetus that (the blood money) was a slave, male and female. The one against whom this verdict was passed said: ' Should we pay blood money for one who neither ate, drunk, shouted, nor cried, (at the moment of birth)? One such as this should be overlooked .' The Messenger of Allah (ﷺ) said: 'This man speaks like a poet. (But the blood money for a fetus is) a slave, male, or female.'” [10]

However Islam allows induced abortion in a case where woman’s life is threatened.

It is lawful to cause to have an abortion if a mother's life becomes in a critical state. This lawfulness is based on the following:

1) When a mother's life is in a critical state, her fetus' life will be so; i.e., in most cases the mother's death results in the fetus' death.

2) This legality assuredly saves the mother while it is not sure that fetus will stay alive after confinement. So, it is better to give preference to what is certain over what is uncertain.

So called liberals want to end all legal barriers to abortion. [12]Once gain they claim that abortion is a right for women, because, they can decide better for their own body. But, they forget that fetus is not an essential part of a mother but fetus is a separate entity, even if it is not viable. Just 21 days after fertilization, the embryo’s heartbeat can be detected by ultrasound machine. So a person who induces abortion does not throw away a mass of tissues, but stops a beating heart.[13]

Still the women, who undergo abortion, faces a lot of negative effects of this negative action. For details you can read this article.

[1] ABORTION | Definition of ABORTION by Oxford Dictionary on Lexico.com also meaning of ABORTION

By Sajid Mahmood Ansari - June 10, 2021
Email ThisBlogThis!Share to TwitterShare to FacebookShare to Pinterest