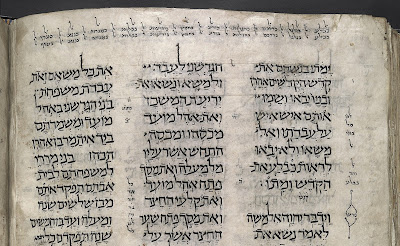 Belief in the Divine Scriptures is the third article of Islamic Faith. Allah Almighty not only sent Messengers but He s.w.t also revealed Holy Scriptures to them for guidance. It is mandatory for all the Muslims to believe in all the Scriptures inclusively, but in general pattern, without going through the minute details of these Scriptures.

“The Messenger (Muhammad) believes in what has been sent down to him from his Lord, and (so do) the believers. Each one believes in Allah, His Angels, His Scriptures, and His Messengers. (They say,) ‘We make no discrimination of His Messengers’ — and they say, ‘We hear, and we obey. (We seek) Your forgiveness, our Lord, and to You is the return (of all)”.

The Muslims affirm the truthfulness of only those Scriptures, unconditionally, that have been nominated in the Holy Qur’an, including Torah, Zaboor (Psalms) and Injeel (Gospel). The Qur’an mentions that:

Torah was revealed to Moses (A.S)

Zaboor was revealed to David (A.S)

Injeel was revealed to Jesus the Christ (A.S)

The scriptures that have not been mentioned in the Holy Qur’an, like Zend Avesta (Zoroastrianism), Garanth Sahib (Sikhism), Vedas (Hinduism) etcetera are not believed to be the Divine Scriptures. It seems that these scriptures were written by the genius people who derived light from the true Divine Scriptures, but they could not avoid adding the contemporary views of their communities.

It is notable that the Bible (Old & New Testament) is not considered True Divine Scripture by most of the Muslim scholarship. The Holy Qur’an repeatedly mentions that the Jewish and Christian scholars amended the Scriptures that were revealed to Moses and Jesus (A.S). So the Bible does not represent the True Torah and Injeel. Though there are scattered patches of Divine Message in the Bible, but these are mixed with human works. It is not possible for a layman to judge between the true Divine Message and human works. That is why the Muslims are not required to study the Bible. However, scholars can study the Bible for comparison.

“Indeed, this Qur’ān relates to the Children of Israel most of that over which they disagree”

It is narrated on the authority of Jabir bin Abdullah (R.A) that the Prophet (peace and blessings of Allah be upon him) said: Do not ask the People of the Book about anything, because they can’t guide you, they have gone astray themselves, so you will either confirm falsehood or the truth, even if Musa (Moses) comes alive, nothing will be lawful for him, but that he follow me.

This Hadith clearly indicates the possibility of truthfulness of a statement from distorted Scriptures, but a layman is not able to judge the truthfulness or falsehood of that statement. Hence, the Messenger (PBUH) forbade relying upon the People of the Book (Jews & Christians) while relating to theology. The Holy Qur’an suffices for our guidance.