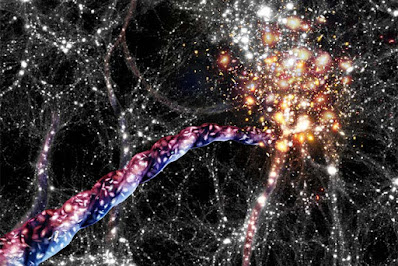 The Holy Qur’an is primarily the book of guidance. It is not only the source of guidance for religious practices and principles, but, universal wisdom as well. The Qur’an gives a unique cosmology, beyond the myths and superstitions. We discussed the Qur’anic cosmology briefly, in the paper Origin of The Cosmos.  Now we are presenting an amazing fact that was mentioned in the Qur’an 1400 years ago. Allah Almighty says:

By the heaven that is knitted helically.[1]

This amazing Qur’anic narrative about the heaven is mind blowing. The majority of the early interpreters of the Qur’an referred this knitted network to the beauty of the heavenly bodies, including stars, planets and galaxies. However, the Qur’anic annotation used to describe the nature of heaven is ذَاتِ الْحُبُكِ that literally refers to knitted helically.[2] 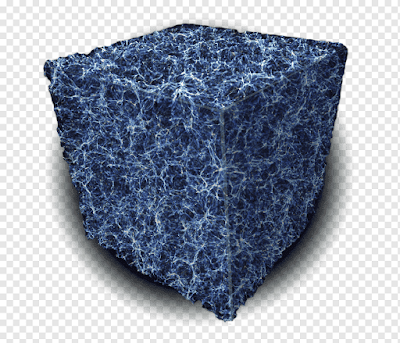 In cosmology, galaxy filaments are the largest known structures in the universe, consisting of walls of gravitationally bound galaxy superclusters. These massive, thread-like formations can reach 80 megaparsecs h−1…..[3]

Some of the largest structures in the universe appear to be rotating. The filaments of galaxies forming the cosmic web that stretches between galaxy clusters seem to be spinning, which could help us figure out why galaxies themselves – and everything else in space – rotate.[4]
NewScientistmoves further:

As the galaxies orbited the centres of their filaments, they also fell towards the galaxy clusters that mark the ends of each strand. “These galaxies are moving on these corkscrew-like, helical orbits,” says Libeskind. The filaments that ended at more massive clumps of galaxies seemed to rotate faster, but it isn’t yet clear why.[5] 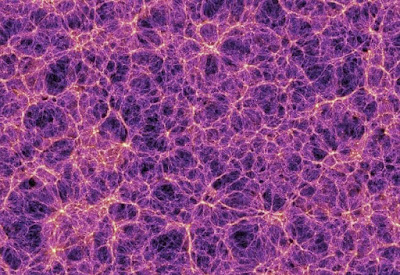 How beautifully, the Qur’an described the nature of the largest heavenly objects, in the time when so called Greek cosmology dominated the Europe. It is notable that, the interpretation we opted is neither farfetched, nor innovative with respect to early Muslim generations.
This Qur’anic narrative leads the impartial minds to draw a conclusion that it was impossible for any intellectual, living in the middle of first millennium C.E, to pass such a scientific statement about heavenly nature, while it has been discovered only in twenty first century. Definitely, the Qur’an could not be produced by a human being, but it is the Divine Speech.

By Sajid Mahmood Ansari - June 15, 2021 No comments:
Email ThisBlogThis!Share to TwitterShare to FacebookShare to Pinterest