How the Qur'an was codified? 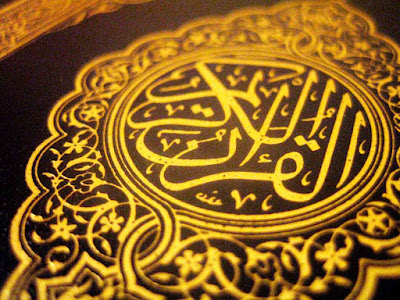 How the Qur’an was codified?

Allah Almighty briefly mentioned the characteristics of Prophet’s Companions (R.A) in this narrative:

(190) Indeed, in the creation of the heavens and the earth and the alternation of the night and the day are signs for those of understanding.

(191) Who remember Allah while standing or sitting or [lying] on their sides and give thought to the creation of the heavens and the earth, [saying], "Our Lord, You did not create this aimlessly; exalted are You [above such a thing]; then protect us from the punishment of the Fire.

(192) Our Lord, indeed whoever You admit to the Fire - You have disgraced him, and for the wrongdoers there are no helpers.

(193) Our Lord, indeed we have heard a caller calling to faith, [saying], 'Believe in your Lord,' and we have believed. Our Lord, so forgive us our sins and remove from us our misdeeds and cause us to die with the righteous.

(194) Our Lord, and grant us what You promised us through Your messengers and do not disgrace us on the Day of Resurrection. Indeed, You do not fail in [Your] promise."

(195) And their Lord responded to them, "Never will I allow to be lost the work of [any] worker among you, whether male or female; you are of one another. So those who emigrated or were evicted from their homes or were harmed in My cause or fought or were killed - I will surely remove from them their misdeeds, and I will surely admit them to gardens beneath which rivers flow as reward from Allah, and Allah has with Him the best reward." [1]

Mass Transmission of the Qur’an

Prophet Muhammad (May Allah shower His Blessings and Peace upon him and his progeny) presented and preserved two major sources of his teachings including the Holy Qur’an and his Sunnah (sayings and practices). The Qura’n was revealed to the Prophet (PBUH) in the form of short sermons separately. It means the Qur’an was not revealed as a written book simultaneously. This phenomenon has been mentioned in the Qur’an on occasions.

The Prophet (PBUH) used to recite these Divine Sermons to the people of his nation, including the believers and disbelievers. The Prophet’s Companions (R.A) not only listened to the Qur’anic verses repeatedly, whenever the Prophet (PBUH) recited to them, but they used to learn them by heart. So, hundreds of the Companions (R.A) memorized the Qur’an, from alpha to omega. The Qur’an appreciates these learners and declares them the Men of Knowledge.

Rather, the Qur'an is distinct verses [preserved] within the breasts of those who have been given knowledge. And none reject Our verses except the wrongdoers.[2]

Transcription of the Qur’an in the Prophet’s Lifetime

Prophet’s Companions (R.A) were the eye-witness for the Divine Mission. They directly observed the events of Prophet’s life and experienced his truthfulness in all his claims and achievements. They listened to the Divine Speech from the blessed mouth of Divine Messenger (PBUH) and learned its meanings and implications from the vey person. So they preserved the Divine Speech (Qur’an) in its actual textual form, without any missing or addition. They wrote down the whole Qur’an in the presence of the Prophet (PBUH) with his command on the parchments and papyrus (qirtas). Sometimes, when the revelations descended to Prophet (PBUH) while he was travelling with his Companions (R.A), the scribes wrote the revelations on shoulder-blades (scapula) of camels or even on leaf-stalks of date palm. [3]

The Qur’an itself claims that the Qur’anic revelations were not mere verbal traditions, but it was being written, while it was being inspired to the Prophet (PBUH). That is why Qur’an calls itself Al-Kitab (The Scripture). Allah Almighty says:

Beyond doubt, it is Al-Kitab (Divine Scripture).[4]

And you did not recite before it any Scripture, nor did you inscribe this one with your right hand. Otherwise the falsifiers would have had [cause for] doubt.[5]

This Ayah (Verse) indicates that the Scripture which was not authored by the Prophet (PBUH), is the Holy Qur’an, which existed in the written form during the Prophet’s worldly life.  It is interesting to know that Arabs of the seventh century C.E were familiar with the papyrus (paper) and have been using it for decades. The Qur’an uses the word Qirtas [6:7] that was used for inscribing. So, despite the ignorance of Arab people, there had been a few intellectuals, who loved to read and write. Fortunately, the Prophet Muhammad (PBUH) was blessed with such intellectuals as his Companions. In Prophetic biography, at least forty scribes have been mentioned who served to inscribe the Qur’an at different occasions. The leading intellectuals among these Companions were the four Rightly Guided Caliphs (Abu Bakr, Umar, Uthman, Ali R.A). The Prophet (PBUH) used to dictate them the Qur’anic verses and ask them to read before him whatever they had inscribed.

Codification of the Qur’an

When the Prophet (PBUH) responded to call of his Master Almighty, he left the Qur’an written in the separate parchments along with hundreds of human hearts. The said parchments were not compiled into a single codex. Although, the Qur’anic text was fully inscribed, but it required to be codified properly. It was very easy for any faithful Companion to Codify the Qur’an individually; but the Companions left no stone unturned to remove any possible doubts relating to the Qur’anic codification. So, just after the sorrowful demise of our beloved Prophet Muhammad (PBUH), the first Caliph Abu Bakr (R.A) commissioned a committee of the learned Companions to codify the Qur’an, who were considered the best reciters of the Qur’an among them. The commission comprised of Umar bin Khattab, Ubayi ibn Ka’ab, Zayd ibn Thabit (R.A).  The main objective of the commission was to codify the Qur’an with mass consensus and collective endorsement of the Companions, so that no one would have a reason to doubt this Codified Qur’an.

The method that was adopted by this Commission was as follows:

1.     They had the original parchments of the Qur’an that were inscribed in the presence of the Prophet (PBUH).

2.     Certain Companions had compiled their own copies of the Qur’anic text with Prophet’s permission; among these Companions were Ali ibn Abi Talib, Abdullah ibn Amr, Ubayi ibn Ka’ab and Muadh ibn Jabl (R.A).

3.     They invited the Companions to bring any piecemeal of the Qur’anic passages that they had written down with Prophet’s permissions.

4.     They compared all of the available inscribes with each other and with their own sharp memory.

5.     Thus they inscribed the Qur’an on leather parchments, arranging the chapters in the order they had been taught by the Prophet (PBUH).

Caliph Abu Bakr (R.A) was himself overseeing the Commission. Thus, the Ummah had a Qur’anic Codex, that was collectively endorsed and successively transmitted.

By Sajid Mahmood Ansari - October 02, 2021 No comments:
Email ThisBlogThis!Share to TwitterShare to FacebookShare to Pinterest