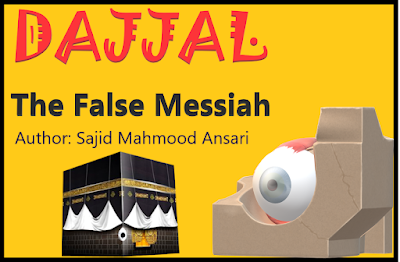 One of the beliefs that the Muslim Ummah has been agreeing with since the dawn of Islam is that Jesus, son of Mary (peace be upon him), was saved by God from Jewish conspiracies and elevated alive to the sky and then as a sign of the nearness of the Hour, he would be sent to this planet.

Torah predicted the coming of a Messiah to save the Israelites from calamity.  The Jews have been waiting for this promised Messiah for centuries. When Jesus the Christ came to them, they denied him but tried to kill him. In short they could not recognize the Messiah and became his enemy. So they believe that the promised Messiah has   not yet come; that is why they are still waiting for him.

On the other hand, the majority of the Christians are of the opinion that Jesus the Christ (peace be upon him) was the promised Messiah, but was crucified by the Jews. The Christians believe that Christ was resurrected after his death and he went to the sky alive. However, he will descend to the earth before the end of times.

The Qur'an refutes the basic idea of ​​both the Jews and the Christians, that they could neither crucify Christ nor kill him, but that Allah raised him up to the heavens. Allah Almighty says:

And their saying: 'We slew the Messiah, Jesus, son of Mary', the Messenger of Allah - whereas in fact they had neither slain him nor crucified him but the matter was made dubious to them - and those who differed about it too were in a state of doubt! They have no definite knowledge of it, but merely follow conjecture; and they surely slew him not, but Allah raised him to Himself. Allah is All-Mighty, All-Wise. There are none among the People of the Book but will believe in him before his death, and he will be a witness against them on the Day of Resurrection.[1]

This Ayah indicates that the true Messiah, son of Mary will be sent to this planet near the Doom’s Day. This prophecy has been confirmed by our beloved Prophet Muhammad (peace be upon him) and has been transmitted through infallible reports.

Abu Sa'id al-Khudri (May Allah be pleased with him) reported Allah's Messenger (ﷺ) as saying:

Dajjal (The False Messiah) would come forth and a person from amongst the believers would go towards him and the armed men of the Dajjal would meet him and they would say to him: Where do you intend to go? He would say: I intend to go to this one who is coming forth. They would say to him: Don't you believe in our Lord? He would say: There is nothing hidden about our Lord. They would say: Kill him. Then some amongst them would say: Has your master (Dajjal) not forbidden you to kill anyone without (his consent)? And so they would take him to the Dajjal and when the believer would see him, he would say: O people. he is the Dajjal about whom Allah's Messenger (ﷺ) has informed (us). The Dajjal would then order for breaking his head and utter (these words): Catch hold of him and break his head. He would be struck even on his back and on his stomach. Then the Dajjal would ask him: Don't you believe in me? He would say: You are a false Masih. He would then order him to be torn (into pieces) with a saw from the parting of his hair up to his legs. After that the Dajjal would walk between the two pieces. He would then say to him: Stand, and he would stand erect. He would then say to him: Don't you believe in me? And the person would say: It has only added to my insight concerning you (that you are really the Dajjal). He would then say: O people, he would not behave with anyone amongst people (in such a manner) after me. The Dajjal would try to catch hold of him so that he could kill him (again). The space between his neck and collar bone would be turned into copper and he would find no means to kill him. So he would catch hold of him by his hand and feet and throw him (into the air) and the people would think as if he had been thrown in the Hell-Fire whereas he would be thrown in Paradise. Thereupon Allah's Messenger (ﷺ) said: He would be the most eminent amongst persons in regard to martyrdom in the eye of the Lord of the world. [2]

Samura ibn Jundub (May Allah be pleased with him) reported that the Messenger of Allah (ﷺ) said:

By Allah! When I stood in this prayer, I saw everything that you will meet in this world and in the hereafter. By Allah! The Hour will not come until thirty liars come out. The last of them will be the Dajjal, who will be deaf and whose left eye will be dusty, as if he is the eye of Abu Yahya. He was an Ansari Shaykh who was sitting between the chambers of the Prophet (peace and blessings of Allaah be upon him) and Ayesha (may Allah be pleased with her). When the Dajjal comes out, he will claim that he is God, so whoever believes with him, confirms him and follows him, then even the good deeds of the past will not benefit him. That is, his good deeds will be lost. And whoever disbelieves in it and denies it, then he will not be held accountable for his previous (evil) deeds, (ie his previous sins will be forgiven). Surely the Dajjal will dominate over all the earth, except the sanctuary of Makkah and Madinah.[3]

It was narrated that Hudhaifah (May Allah be pleased with him) said:

The Messenger (ﷺ) of Allah said: 'I know what the Dajjal will have with him. He will have two flowing rivers, one that appears to the eye to be clear water, and one that appears to the eye to be flaming fire. If anyone sees that, let him go to the river which he thinks is fire and close his eyes, then lower his head and drink from it, for it is cool water. The Dajjal has one blind eye, with a layer of thick skin over it, and between his eyes is written "disbeliever," which every believer will read, whether he is literate or illiterate.' [4]

It is narrated on the authority of Abdullah ibn Umar (may Allah be pleased with him) that the Messenger of Allah (peace and blessings of Allah be upon him) said: The Dajjal will stay outside Medinah on a land, while, there will be so many women who will follow him, even a man will go to his relatives, mother, daughter, sister, aunt, etc. and tie them tightly, so that none of them will go to the Dajjal. Ultimately, Allah will give the Muslims victory over him and they will kill him. [6]

Anas b. Malik (May Allah be pleased with him) reported that Allah's Messenger (ﷺ) said: ‘The Dajjal would be followed by seventy thousand Jews of Isfahan wearing Persian shawls.’[7]

Mujammi' bin Jariyah Al-Ansari (May Allah be pleased with him) said:

"I heard the Messenger of Allah(s.a.w) saying: 'Eisa bin Maryam will kill the Dajjal at the gate of Ludd.'"[8]

It was narrated that Abu Bakr Siddiq (May Allah be pleased with him) said:

"The Messenger of Allah (ﷺ) told us: 'Dajjal will emerge in a land in the east called Khorasan, and will be followed by people with faces like hammered shields.'" [9]

Now the situation is that Jews, Christians and Muslims are all waiting for the coming of the Messiah, although, they assign him different characters. We can conclude from the aforementioned prophecies:

1.     Near the Day of Judgment, a Jewish leader, most probably of Asian origin, will claim to be the Messiah for the fulfillment of the Zionist ambitions.  The main purpose of this claim would be to falsify the real Messiah, son of Mary. Definitely, the false Messiah will play the most important role in the Great Game, for which stage is being prepared.

3.     The False Messiah will play many technological tricks to prove him true god. Technology is advancing at a great pace. To bring the dead to life, he may use cloning technique. Holography may be another trick to deceive the people.

4.     Fitnah of Dajjal would be really puzzling for laymen. However, women would be more vulnerable to this test, due to lack of confidence and steadfastness.

5.     Drastic climate changes will happen before emerging Dajjal. The Zionist organizations will get control over the world economy and sources of food. They will govern all the transactions, keeping people in their control. This is the scenario in which Dajjal will emerge and work for the Zionist cause. We are just watching trailers, the movie is coming soon.

6.     The real test would be the question of survival. The food will be not only scarce due to severe famine, but the available food will be in the control of Dajjal. That is how he would black mail the people and force them to accept him as their Lord. His magical tricks will not serve as the real test.

7.     Crypto-currency may be the deadliest weapon of Dajjal. If paper money and coins are abandoned, to adopt crypto-currency, it would be the real horror of that hour.

By Sajid Mahmood Ansari - October 13, 2021 No comments:
Email ThisBlogThis!Share to TwitterShare to FacebookShare to Pinterest