How music changes our blood chemistry and behaviour? 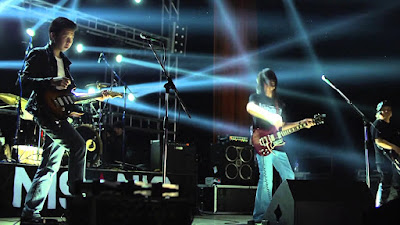 How music changes our blood chemistry and behaviour?

We know that human brain governs all the human actions. Now, it is established that human behavior is controlled by certain neurotransmitters that are called hormones. Certain hormones affect our mood including happiness, aggression and sadness. Our mood depends on the concentrations of these hormones in our blood stream.

Dopamine and serotonin are two important neurotransmitters that act reciprocally, in natural circumstances. The balance of these bio-chemicals in our body plays crucial role in maintaining our health.

Once dopamine was considered pleasure hormone, but now it is taken as reward or motivation hormone. If the outcome of an action is in the form of gaining something, it is considered reward. Now this gaining may be through positive means or negative means. When a person gains wealth or appreciated by someone, he / she feels pleasure. Unfortunately, greater the reward, greater the concentration of dopamine would be. As a result, a person becomes addicted to this reward. Gambling addiction is one of the worst examples of reward-motivated behavior.

A study was conducted by researchers at McGill University in Canada. An initial 217 participants were narrowed down to eight, who consistently responded the same way when listening to music, regardless of the listening environment.

For the study, the researchers used a combination of PET (positron emission tomography) and fMRI (functional magnetic resonance imagining) techniques to scan the brains of the eight participants as they listened to music over the course of three sessions. In addition, the participants completed a questionnaire in which they rated how pleasurable they found the music.

This is where it gets a little more technical. The PET scan showed the researchers that dopamine was released in the striatum during peak moments of emotional arousal when listening to music. The fMRI scan helped show a distinct difference in the timing and structures involved—the caudate was active when anticipating the peak emotional arousal, and the nucleus accumbens was more involved when actually experiencing the peak emotion. [2]

The crux of this study shows that while listening music, dopamine releases. This practice adds a lot of dopamine into our blood stream making us music addicted. It is not the whole story, but it concludes that release of so much dopamine causes emotional arousal, leading us to having sexual desires all the time.

There’s stronger evidence that it can affect mood and heart rate and respiration rate. So, fast stimulating music stimulates the production of adrenaline and other hormones that get your heart racing faster and your pulse increases and blood pressure increases and then soothing, relaxing music has the opposite effect. [3]

Serotonin normally broadens the blood vessels, but when it is produced in excessive amounts, in turn it narrows the blood vessels. The repeated constriction of blood vessels leads to cardiovascular diseases, including hypertension, angina and stroke. In case of extremely high concentrations of serotonin may cause carcinoid tumors in small intestine.

Latest scientific research proves that secretion of serotonin is also associated with auditory stimuli. The fluctuation of serotonin affects the sexual behavior too. In most of the vertebrates, songs of male or female arouse the opposite sex.

It has been established scientifically, that increase in serotonin levels arouses a person. That is why, traditionally, professional courtesans have been singers and dancers. Even today, all the entertainment centers, which provide night partners, use music and wine as a tool to instigate their customers.

Experiments on mice have proved that serotonin plays important part in sexual relationship.

National Center for Biotechnology Information (US) published a research work on its website with title: Putting it in Context: Linking Auditory Processing with Social Behavior Circuits in the Vertebrate Brain. The researchers observe:

During social interactions with novel, opposite sex conspecifics, male and female mice have increased IC serotonin relative to isolated controls.[4]

Similarly, exposure to broadband noise elicits a rapid increase of serotonin in the IC of male mice that is sustained over the course of the stimulus (Hall etal. 2010). However, no such increase is observed when mice are presented with food or light stimuli  (Hall etal. 2010), each of which has been demonstrated to affect levels of Fos, an immediate early gene product and putative marker for neural activation, (Clayton 2000) within serotonergic neurons in DRN . [5]

Rather, serotonin increases in IC may accompany non-social contexts in which auditory processing is important, such as noisy conditions or restricted environments in which acoustically locating conspecifics may lead to escape.[6]

These scientific experiments prove that dopamine and serotonin is badly affected by music leading to many health problems. That is why the Prophet Muhammad (May Allah shower His blessings and peace on him and his progeny) wisely prohibited music for the Muslims.

Narrated Abu 'Amir or Abu Malik Al-Ash'ari (May Allah be pleased with him):

that he heard the Prophet (ﷺ) saying, "From among my followers there will be some people who will consider illegal sexual intercourse, the wearing of silk, the drinking of alcoholic drinks and the use of musical instruments, as lawful. And there will be some people who will stay near the side of a mountain and in the evening their shepherd will come to them with their sheep and ask them for something, but they will say to him, 'Return to us tomorrow.' Allah will destroy them during the night and will let the mountain fall on them, and He will transform the rest of them into monkeys and pigs and they will remain so till the Day of Resurrection."[7]

May Allah Almighty protect us from forbidden music and its bad effects. Amin

Daniel Levitin is a professional music therapist. He accepts that there is little evidence to show that soft music really heals up. He says:

You know, I’m glad you mentioned the evidence-based part because there’s been a lot of pseudoscience and just a lot of anecdotes about music, but relatively little actual experiments – true experiments in science. But the direction that it’s going is that in the last five years, people are increasingly conducting controlled experiments with proper controls and with proper methods. And we’re finding that early evidence, you know there’s not a whole lot of work on which to base this, but early evidence says that music can alter pain thresholds. [8]

If it is proved scientifically, that music can heal up certain ailments, still its drastic effects on neurotransmitters do not allow listening music just for recreation and being addicted, making you maiden by sexual desires. After all, liquor may have a few health benefits, but its addiction ruins one’s health. Same is true for music. One of the causes of alarming increase in heart diseases lies beneath the fact that music is everywhere. Even we have brought it to the Masjids through our cell-phones. May Allah pardon us.

[2] Why Listening to Music Makes Us Feel Good | Psychology Today

[3] Speaking of Psychology: Music and your health (apa.org)

[4] Putting it in Context: Linking Auditory Processing with Social Behavior Circuits in the Vertebrate Brain (nih.gov)

[5] Putting it in Context: Linking Auditory Processing with Social Behavior Circuits in the Vertebrate Brain (nih.gov)

[6] Putting it in Context: Linking Auditory Processing with Social Behavior Circuits in the Vertebrate Brain (nih.gov)

[8] Speaking of Psychology: Music and your health (apa.org)

By Sajid Mahmood Ansari - October 09, 2021 No comments:
Email ThisBlogThis!Share to TwitterShare to FacebookShare to Pinterest