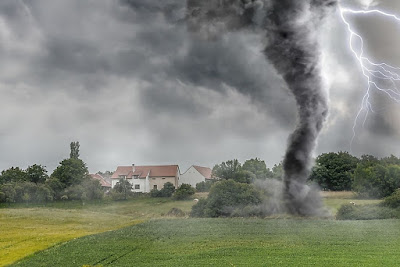 Islam is a complete code of life which guides us in all the social, economic and cultural dominions. Allah Almighty has made the humans caretaker of the earth[1], by giving him powers to manipulate the natural resources. According to Islamic faith, everybody is responsible for his actions, whether they affect one’s own life or the life of other living beings. Islam does not allow wasting personal commodities or natural resources as well.

O children of Adam, take your adornment [i.e., wear your clothing] at every masjid, and eat and drink, but be not excessive. Indeed, He likes not those who commit excess.

This is only one example of wastage of natural resources that has been strongly disliked even for ritual purification. How could a faith allow wasting natural resources just for recreation, that disallows such a practice for religious purpose.

The Prophet Muhammad (May Allah shower His blessings and peace upon him) forbade to urinate in the water.[4] The purpose of this command is to avoid water pollution.

Planting trees has been strongly commended in Islam. Planting is declared a sort of charity.

Narrated Jabir bin Abdullah (May Allah be pleased with them) on the authority of Ummi Mubashir (Wife of Zayd bin Haritha):

The Prophet (ﷺ) said, "If any Muslim plants any tree and a bird, animal or human being eats of it, he will be rewarded as if he had given that much in charity." [5]

Today we know that drastic climate changes are product of misuse or excessive use of natural resources and environmental pollution.  US Geological Survey observes:

“There are many “natural” and “anthropogenic” (human-induced) factors that contribute to climate change. Climate change has always happened on Earth, which is clearly seen in the geological record; it is the rapid rate and the magnitude of climate change occurring now that is of great concern worldwide. Greenhouse gases in the atmosphere absorb heat radiation. Human activity has increased greenhouse gases in the atmosphere since the Industrial Revolution, leading to more heat retention and an increase in surface temperatures. Atmospheric aerosols alter climate by scattering and absorbing solar and infrared radiation and they may also change the microphysical and chemical properties of clouds. Finally, land-use changes, such as deforestation have led to changes in the amount of sunlight reflected from the ground back into space (the surface albedo).” [6]

[6] Why is climate change happening and what are the causes? (usgs.gov)

By Sajid Mahmood Ansari - June 05, 2021 No comments:
Email ThisBlogThis!Share to TwitterShare to FacebookShare to Pinterest