Wisdom Lies In Our Hearts 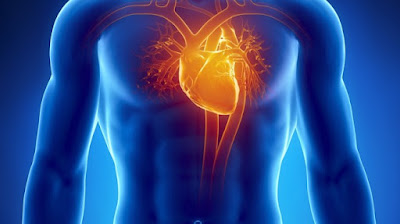 There are a number of Qur’anic narratives that help us to conclude directly without any complexity that wisdom lies in hearts. Though the Greek philosophers and later scientists have been believing, for centuries, that the organ of wisdom is brain. But latest research in neuro-cardiology supports the Qur’anic narratives.

The most eminent Qur’anic narrative that illustrates this fact rests in Surah Muhammad. The narrative goes:

Will they not, then, ponder over this Qur'an? - or are there locks upon their hearts? [1]

Subhan Allah! What a motivational Ayah is this!

This Ayahclearly mentions that the organ of thinking and understanding is the heart instead of brain. The same fact has been illustrated in several other Ayaat. As follows:

Have they, then, never journeyed about the earth, letting their hearts gain wisdom, and causing their ears to hear? Yet, verily, it is not their eyes that have become blind - but blind have become the hearts that are in their breasts![2]

The latest research in the fields of cardiology and neurology, proves that there exists a small brain in the human heart. This brain is scientifically called cardiac ganglion of Wrisberg. Generally a ganglion is an enlarged structure made by fusion of multiple nerves. Ganglia are ovoid structures containing cell bodies of neurons and glial cells supported by connective tissue.[3]

These structures are found almost in all insects and vertebrates. Ganglia are also found along the spinal cord and trachea. But the Cardiac Ganglia are the largest ganglia found in human body.

Hearts obtained from autopsies and heart transplant procedures were sectioned, stained, and examined. Results indicate that the largest populations of cardiac ganglia are near the sinoatrial and atrioventricular nodes. Smaller collections of ganglia exist on the superior left atrial surface, the interatrial septum, and the atrial appendage-atrial junctions. Ganglia also exist at the base of the great vessels and the base of the ventricles. The right atrial free wall, atrial appendages, trunk of the great vessels, and most of the ventricular myocardium are devoid of cardiac ganglia. These findings suggest modifications to surgical procedures involving incisions through regions concentrated with ganglia to minimize arrhythmias and related complications.[4]

The same Journal goes further about the shape and structure of cardiac ganglia:

It is notable that in insects, ganglia serve as brain to coordinate between the body parts and control the behavior.[6]

However, human cardiac ganglia are advanced ganglia that convert the heart into an Organ of Wisdom. The latest research regarding the heart-brain communication has changed the whole scenario. A non-profit organization Heartmath Institute observes:

“Traditionally, the study of communication pathways between the head and heart has been approached from a rather one-sided perspective, with scientists focusing primarily on the heart’s responses to the brain’s commands. We have learned, however, that communication between the heart and brain actually is a dynamic, ongoing, two-way dialogue, with each organ continuously influencing the other’s function. Research has shown that the heart communicates to the brain in four major ways: neurologically (through the transmission of nerve impulses), biochemically (via hormones and neurotransmitters), biophysically (through pressure waves) and energetically (through electromagnetic field interactions). Communication along all these conduits significantly affects the brain’s activity. Moreover, our research shows that messages the heart sends to the brain also can affect performance.” [7]

“These observations have led to the understanding that healthy, optimal function is a result of continuous, dynamic, bidirectional interactions among multiple neural, hormonal and mechanical control systems at both local and central levels. In concert, these dynamic and interconnected physiological and psychological regulatory systems are never truly at rest and are certainly never static.”[8]

The heart-brain, as it is commonly called, or intrinsic cardiac nervous system, is an intricate network of complex ganglia, neurotransmitters, proteins and support cells, the same as those of the brain in the head. The heart-brain’s neural circuitry enables it to act independently of the cranial brain to learn, remember, make decisions and even feel and sense. Descending activity from the brain in the head via the sympathetic and parasympathetic branches of the ANS is integrated into the heart’s intrinsic nervous system along with signals arising from sensory neurons in the heart that detect pressure, heart rate, heart rhythm and hormones.[9]

This means the heart sends more information to the brain than the brain sends to the heart. More recent research shows that the neural interactions between the heart and brain are more complex than previously thought. In addition, the intrinsic cardiac nervous system has both short-term and long-term memory functions and can operate independently of central neuronal command. [10]

All these findings regarding Heart Brain evidently prove the truthfulness of the Qur’anic narratives. It is heart that thinks and reflects, while brain just plays as an organ of coordination.

By Sajid Mahmood Ansari - January 05, 2021 No comments:
Email ThisBlogThis!Share to TwitterShare to FacebookShare to Pinterest