In the Name of Allah---the Most Beneficent, the Most Merciful. 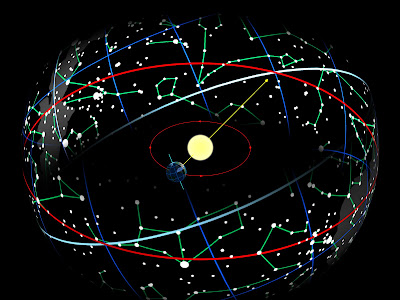 Star gazers have been appreciating the beauty and arrangement of fixed stars in the sky since time immemorial. However, a belt of constellations, extending 8.5o on the ecliptic, always fascinated the human imagination. Record of these constellations has been found in the ruins of the oldest civilizations, including, Egyptian, Syrian, Mesopotamian, and Chinese as well. Homer is the first Greek author who mentioned the term ‘zodiac’ for this tilted belt of constellations.

What is a zodiac?

Zodiac, in astronomy and astrology, is a belt around the heavens extending 9° on either side of the ecliptic, the plane of Earth’s orbit and of the Sun’s apparent annual path. The orbits of the Moon and of the principal planets also lie entirely within the zodiac.[1]

The Greeks associated each constellation with different animals, believing them deities who influence all events of their life. They named their Gods after these constellations or zodiacal signs. Islam abolished all the superstitious concerns about the stars and constellations. Islam believes in only God, who created all the celestial bodies and governs them.

The Qur’an refers to the belt of constellations with Manazil-ul-Qamar (Mansions of the Moon) in Chapter 36.

He it is who hath made the sun a burning light and the moon a cool light, and hath determined mansions for her that ye may know the number of the years and the reckoning. Allah hath not created all this except with a purpose; He detaileth these signs unto those who know.[2]

So Qur’an describes the purpose of determining mansions for the moon, i.e keeping the number of years through computation. In other words, the mansions of the moon are determined for measuring time, not only on a larger scale but on a smaller scale as well. It also helps to determine the longitude and latitude of a specific location.

Scope of Astrology in Islam

So what is the scope of astrology in Islam? Definitely zero. The Prophet Muhammad (peace be upon him) completely rejected astrology and claims of astrologers about future telling based on astrology.

The Prophet (ﷺ) said: If anyone acquires any knowledge of astrology, he acquires a branch of the magic of which he gets more as long as he continues to do so.[4]

It is reported on the authority of Abu Huraira (رضي الله عنه) that the Messenger of Allah (may peace and blessings be upon him) said:

Don't you know what your Lord said? He observed: I have never endowed My bondsmen with a favor, but a section amongst them disbelieved it and said: Stars, it was due to the stars.[5]

So according to the Prophet Muhammad (peace be upon him) believing in astrology is a kind of kufr (disbelief). May Allah Almighty protect us from all sorts of kufr. Ameen.

This monotheistic approach to understanding nature changed the views of the Muslims about the zodiac. The Muslim astronomers not only amended and corrected the Greek Zodiac, proposed by Egyptian astronomer and mathematician Claudius Ptolemaeus (Ptolemy)  (100-178 ca) but innovated the purpose of the study of stars. They used astronomy to measure time, calculate the direction of Qiblah, and geolocations, and glorify their Lord Allah Almighty.

Ptolemy described 48 fixed constellations, located in the zodiac belt. However, the Muslim astronomers short-listed the constellations up to 28 referring to the orbiting of the moon in its mansions in 28 nights. Let’s know the facts about mansions of the moon. 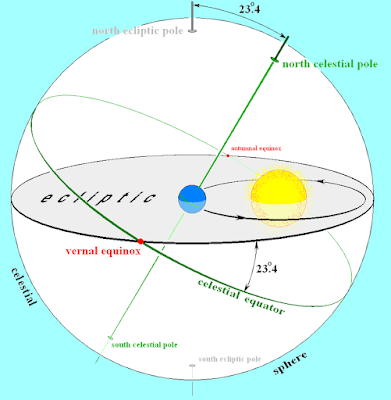 Generally speaking, we don’t observe stars in the daytime due to sunlight. So it is an assumption that the sun travels on the same path in the belt of constellations that is followed by the moon.  That is why astronomers of the day call that path sun’s apparent annual path. The Greek, Egyptian, Chinese and Indian zodiac stands on mere calculations. While Manazil-ul-Qamar (the Islamic Zodiac) stands on the actual observational data.

So moon completes its circuit around the earth traveling within the belt of constellations or Daira-tul-Burooj in a lunar month. When the moon appears as a new crescent, it passes by the mansion of As-Sartan (The Cancer) which is considered the first constellation of Daira-tul-Burooj, in Islamic astronomy. In astronomy, As-Sartan (Cancer) is considered the moon’s homeland or domicile. On the 28th night of the lunar month, the moon passes by the last constellation Batn al-Hoot (Pisces). This lunar cycle continues throughout the year.

The Arabic names of 28 mansions of the moon are given below:

Shaykh al-Islam Imam Ibni Qudamah al-Hanbali mentioned these mansions of the moon in his famous work on Islamic Jurisprudence, Al-Moghni, in the chapter of Qiblah direction.[6] Many scholars of Tafsir mentioned these constellations while interpreting Surah Yasin (Ayah 39). For instance consult Tafsir Al-Qortubi.

It is interesting to know that, though observational data shows the movement of the moon in the belt of constellations, however, precise calculations suggest that the sun traverses the same path over the course of the year (365 days app.). The sun lodges in each mansion for 13 days approximately.

Finding Qiblah with the Help of Stars

Finding Qiblah with the help of shining stars has been a discourse over time, as fishermen and desert travelers need this technique. Though magnetic compass has solved the problem, still magnetic compass is not always with fishermen and desert travelers. Scholars have suggested different ways, however, most of them suggest locating Binat-un-Na’ash (The Big Dipper) for identifying the North Star.  Look for a large spoon-shaped constellation. Three stars in the handle, four stars in the head. Imagine a line that connects the front two stars of the Big Dipper. If you follow that line, about five times the distance will be the north star. It’s the first bright star you’ll run into that’s close to this vector. You have found the north. Now it helps you decide where is your Qiblah.

Calculating time with respect to stars and finding the longitude or latitude of a place involves technical details, so are beyond the scope of this article written for laymen. So we limit this article to the description of Manzil-ul-Qamar or Daira-tul-Burooj. Wait for the next articles with details of constellations or mansions of the moon. Stay blessed and give blessings.

By Sajid Mahmood Ansari - June 29, 2022
Email ThisBlogThis!Share to TwitterShare to FacebookShare to Pinterest